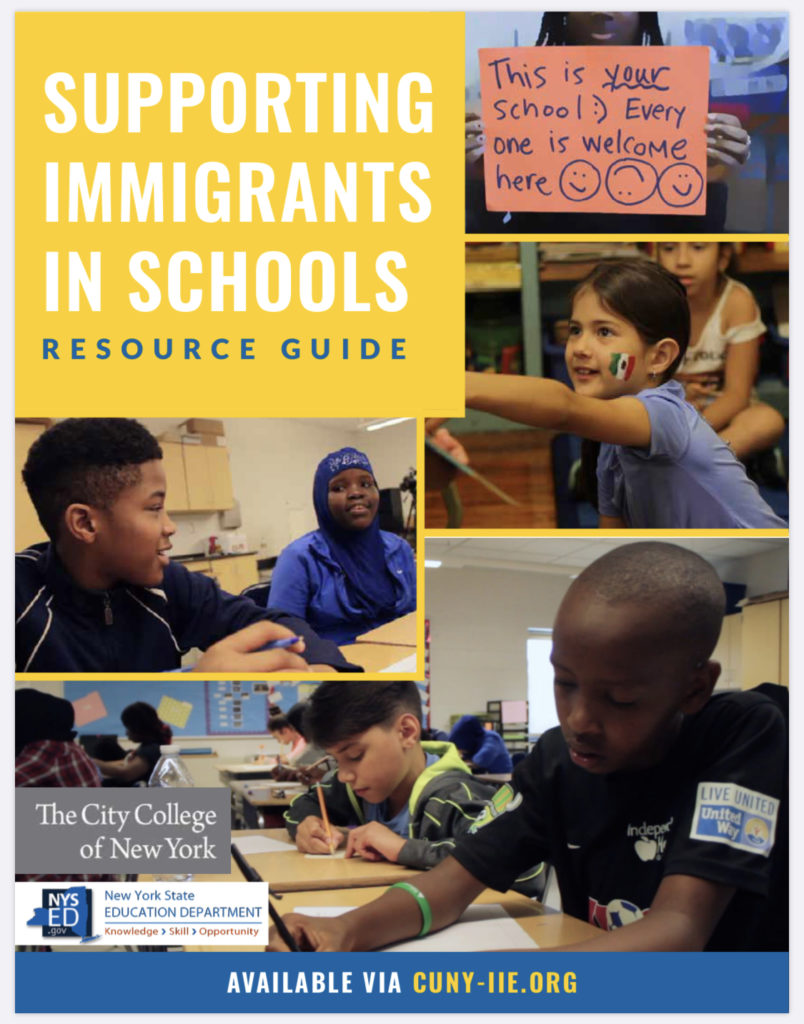 Supporting Immigrants in Schools Series is a four-part video series that provides information and illustrates successful practices in order to support educators in creating safe and welcoming environments for immigrant students and families.

The videos cover the following topics:

To access the four videos and resource guide go to: cuny-iie.org

A Film by Tatyana Kleyn and Ben Donnellon

To access the Teaching and Learning Guide go to: livingundocumented.com

Una Vida, Dos Países: Children and Youth (Back) in Mexico

In the last five years one million Mexicans residing in the US have returned to Mexico, including children and youth who were born or raised in the US. Una Vida, Dos Países presents the stories of these transborder youth, highlighting their experiences living between two countries, cultures, languages and education systems, and exploring their parents’ decisions to return to their home country after living undocumented in the US.

The 30-minute film is multilingual in Spanish, English, and Zapotec with subtitles throughout.  Also available is an accompanying curriculum for secondary schools in the US and Mexico, as well as a guide for teachers of transborder students in Mexico.

The cast at the world premiere in Tlacolula, Oaxaca, Mexico (1/11/16) – Photo by Tim Porter

A Film by Tatyana Kleyn and Ben Donnellon

Living Undocumented is a 17-minute documentary that explores the lives of diverse undocumented immigrant youth to illustrate the realities, challenges and opportunities they face through high school, college, and beyond. It features 6 DREAMers, who portray the realities of our nation’s immigration system and its impact on undocumented youth.  The documentary is intended for all audiences, but with the accompanying lesson plan and resource guide for students and educators, it is especially useful in secondary classes.

This entry is licensed under a Creative Commons Attribution-NonCommercial-ShareAlike 4.0 International license.

Need help with the Commons? Visit our
help page Send us a message

Built with WordPress | Protected by Akismet | Powered by CUNY